As spring begins, our thoughts often turn, if only briefly, to the sun and the welcome effect its higher angle in the sky and the lengthening hours of daylight will have on our winter-weary lives.  Soon, spring thunderstorms and warm humid air will make our crops thrive.  Plant buds will open to reveal flowers and leaves, and wildlife will hurry to raise a new generation.  We’re reminded that the sun is the source of earth’s life—and is its ongoing benefactor.

Coincidentally, there was, during the first full day of spring, an explosion of plasma from the sun—a Coronal Mass Ejection.  It happened to occur on the side of the sun currently facing away from earth, so the enormous cloud of magnetic energy won’t be affecting radio communications or electric transmission here.

Friday’s Coronal Mass Ejection can be seen in the following series of images.  To protect the camera’s sensor, the direct light of the sun was blocked by an occulter at the center of each picture.  The location of the sun’s disk is indicated by the white circle.  In this set, the ejected plasma appears as a cloud emerging from behind the left side of the shield and racing millions of miles into space.  The speed of a plasma cloud produced by a Coronal Mass Ejection varies.  When directed at earth, some can reach our planet in less than a day—others may take several days to arrive. 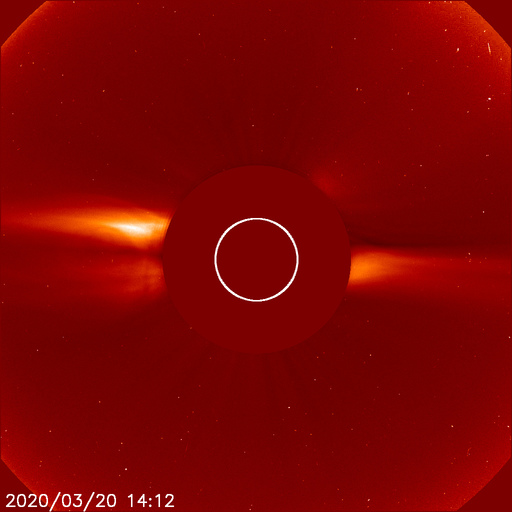 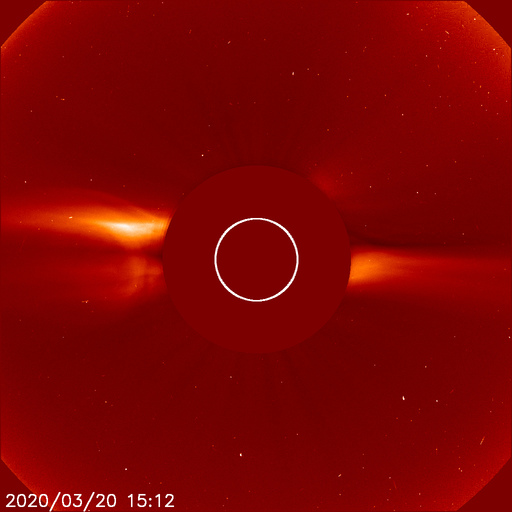 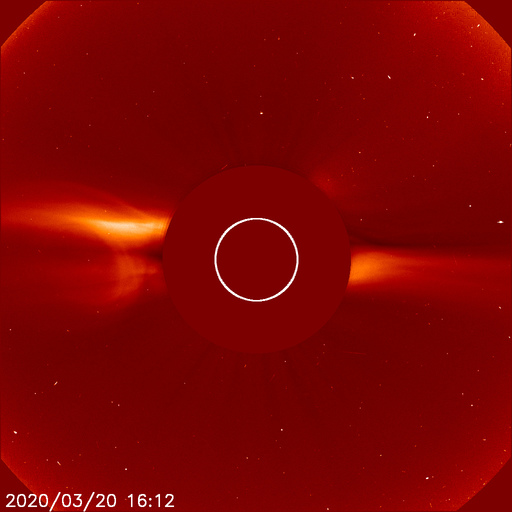 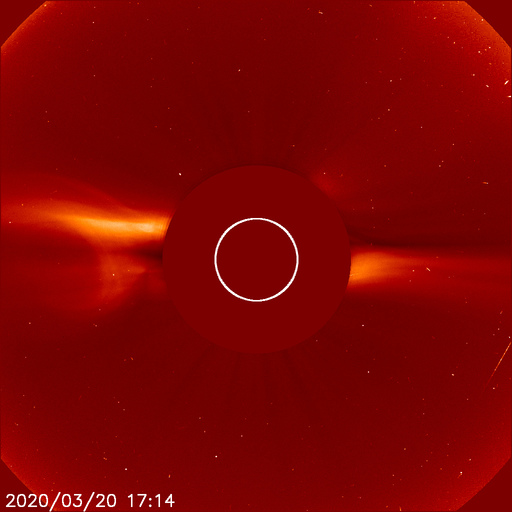 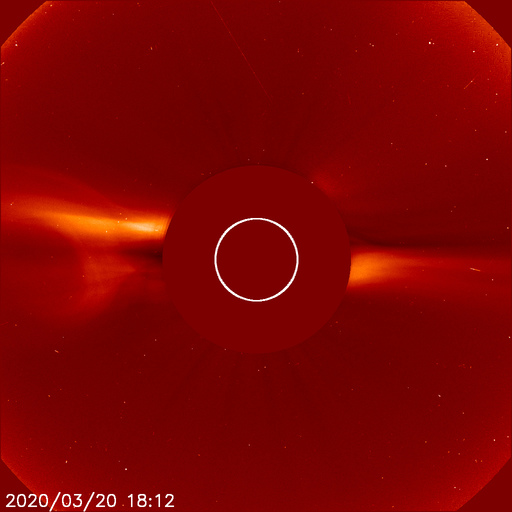 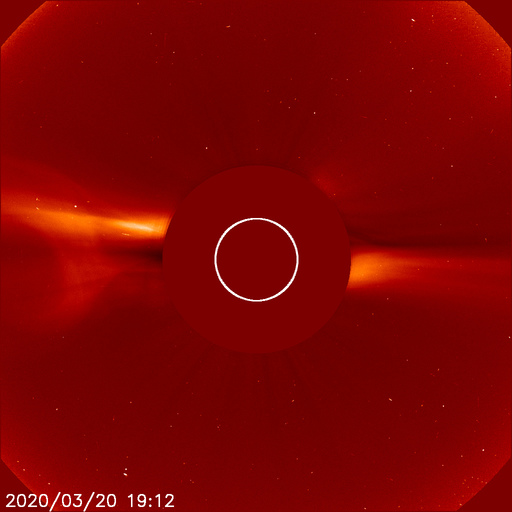 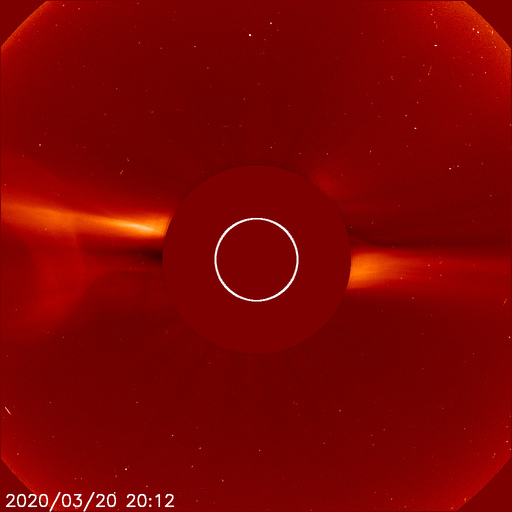 Currently though, the term “Coronal Mass Ejection” may cause one to bristle and think of concerns other than the cosmos—Severe acute respiratory syndrome coronavirus 2 (SARS-CoV-2) and the Wuhan flu chief among them.

Well, perhaps the promise of warming weather and humid days will help assuage our anxieties.

Colds and flu are certainly more prevalent in winter than during the other seasons of the year.  Cases of these diseases begin creeping through schools and workplaces just in time for the year-end holidays.  They persist into early spring each year.  Then, as we spend more time outdoors in the sunshine and fresh air of April and May, their incidence wanes.  Soon the sneezing and coughing is mostly pollen-related and less often the result of transmitted viruses.

In addition to our liberation from buildings crowded with people, spring heat introduces another factor that is apparently responsible for subduing the rapid transmission of viruses—humidity.  February and March are typically the driest months of the year in the lower Susquehanna valley.  The air outside is cold and dry.  The air inside a heated building can be worse.

Researchers have found that viruses in aerosols produced by coughing, sneezing, breathing, and talking survive longer in drier air than in humid air.  A NIOSH and CDC funded study (Noti, et al., 2013) mechanically “coughed” aerosols containing H1N1 virus into a simulated examination room.  They discovered that “…one hour after coughing, ∼5 times more virus remains infectious at 7-23% RH (relative humidity) than at ≥43% RH.”  This is a significant discovery and may shed light on why the end of heating season and the arrival of warmer humid springtime air coincides with the end of cold and flu season.  The study’s analysis determined that “Total virus collected for 60 minutes retained 70.6-77.3% infectivity at relative humidity ≤23%, but only 14.6-22.2% at relative humidity ≥43%.”  Specifically, they found that the greatest effect of higher relative humidity occurs during the first fifteen minutes after the cough, and that virus in droplets exceeding 4μM in diameter had the most significant reduction in that time—ninety percent.

So remember, respect the sun—fear asteroids.