You’ve heard and read it before—native plants do the best job of providing sustenance for our indigenous wildlife.  Let’s say you have a desire to attract hummingbirds to your property and you want to do it without putting up feeders.  Well, you’ll need native plants that provide tubular flowers from which these hovering little birds can extract nectar.  Place enough of them in conspicuous locations and you’ll eventually see hummingbirds visiting during the summer months.  If you have a large trellis, pole, or fence, you might plant a Trumpet Vine, also known as Trumpet Creeper.  They become adorned with an abundance of big red-orange tubular flowers that our Ruby-throated Hummingbirds just can’t resist.  For consistently bringing hummingbirds to the garden, Trumpet Vine may be the best of the various plants native to the Mid-Atlantic States.

There is a plant, not particularly native to our area but native to the continent, that even in the presence of Trumpet Vine, Pickerelweed, Partridge Pea, and other reliable hummingbird lures will outperform them all.  It’s called Mexican Cigar (Cuphea ignea) or Firecracker Plant.  Its red and yellow tubular flowers look like a little cigar, often with a whitish ash at the tip.  Its native range includes some of the Ruby-throated Hummingbird’s migration routes and wintering grounds in Mexico and the Caribbean Islands, where they certainly are familiar with it.

This morning in the susquehannawildlife.net headquarters garden, the Ruby-throated Hummingbird seen in the following set of images extracted nectar from the Mexican Cigar blossoms exclusively.  It ignored the masses of showy Trumpet Vine blooms and other flowers nearby—as the hummers that stop by usually do when Cuphea is offered. 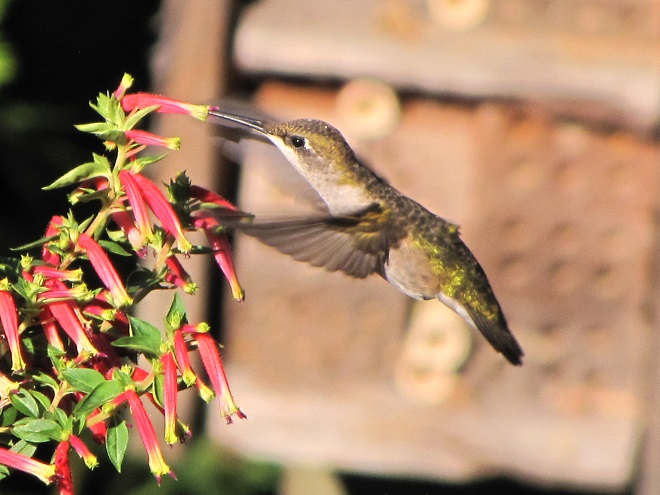 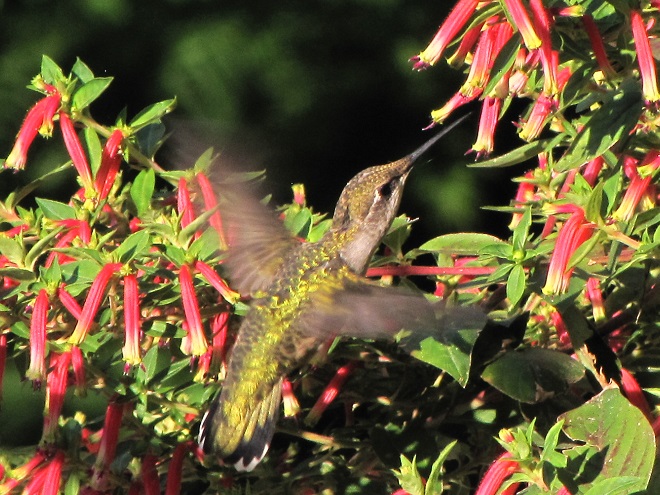 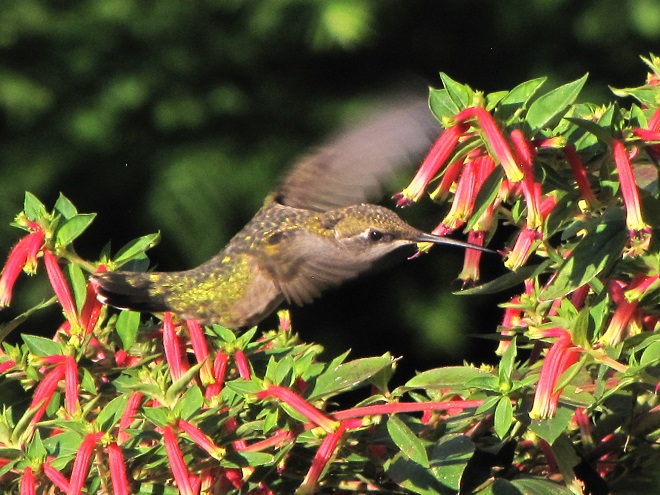 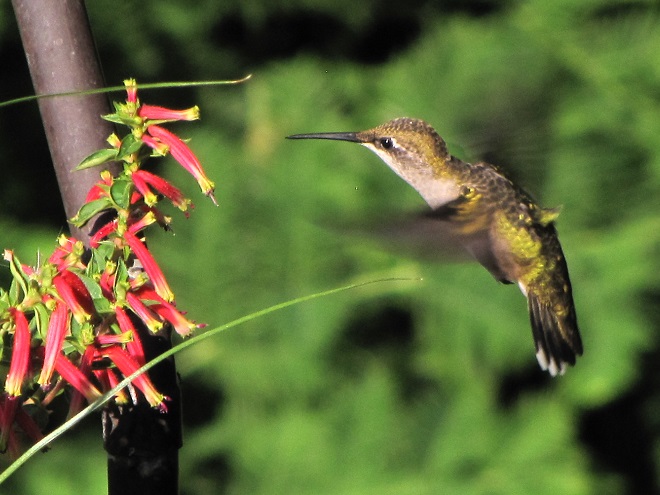 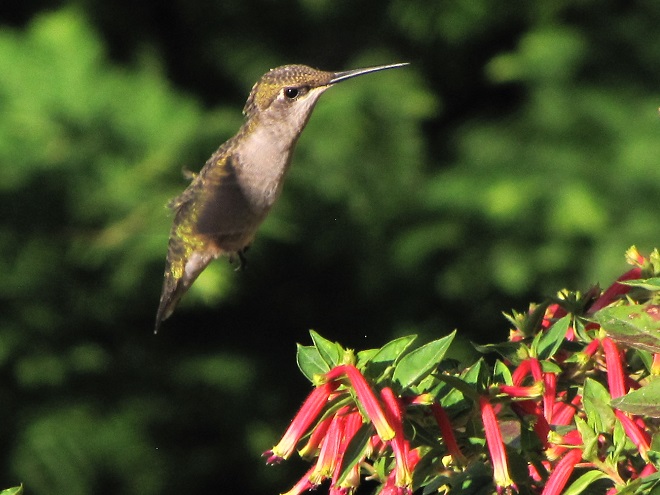 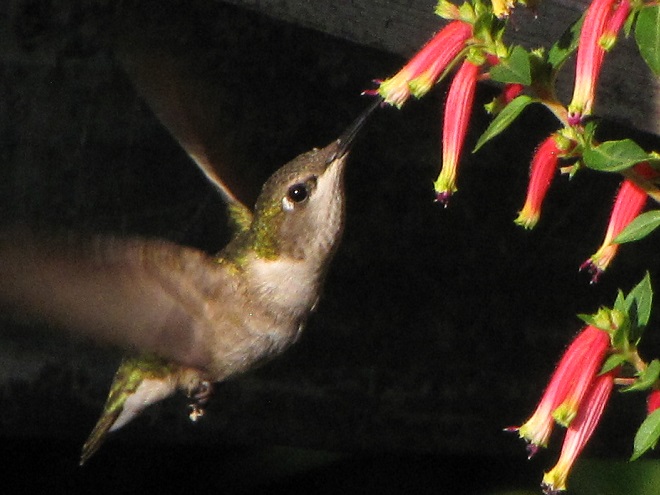 Some garden centers still have Mexican Cigar plants available.  You can grow them in pots or baskets, then bring them inside before frost to treat them as a house plant through the winter.  Give the plants a good trim sometime before placing them outside when the weather warms in May.  You’ll soon have Ruby-throated Hummingbirds visiting again for the summer.