The Birds of Three Mile Island

The Birds of Conewago Falls checklist is current through 2011.  Sighting records were accumulated by the author from his own files and from issues of Pennsylvania Birds, the journal of the Pennsylvania Society for Ornithology.  The list includes the 239 species of birds seen from 1980 through 2011.

You can browse more recent bird sightings by exploring the Pennsylvania eBird website (https://ebird.org/pa/home).  There, you’ll find up-to-date records for each of the eBird “hotspots” in the Birds of Conewago Falls checklist coverage area.  You can generate bar charts for each species recorded at each site.  You can even add your own sightings and begin creating your own lists for locations near and far.  eBird is a global project of the Cornell Lab of Ornithology.  In Pennsylvania, it’s a collaborative effort of the Pennsylvania Society for Ornithology, Pennsylvania Audubon, and the Pennsylvania Game Commission, which manages the project in the state.  It really is a tremendous resource.

The composite checklist that follows includes sightings from the original printed checklist, more recent eBird sightings from various “hotspots” within the checklist area, and selected historical records and commentary.

We’d like to extend a sincere Thank You to all those dedicated observers who took the time to enter their bird sightings from along the Susquehanna in the Gettysburg Basin into the eBird database.  Your entries not only make eBird the fascinating resource that it is but they also enabled us here at “Life in the Lower Susquehanna River Watershed” to produce the birding hotspot locator and composite checklist.  Well done and happy birding to each of you!

in the Birds of Conewago Falls Checklist Coverage Area

THE BIRDS OF CONEWAGO FALLS

With eBird sightings and commentary on the species—plus notes from the historic writings of Linnaean Society of Lancaster City and County naturalist Judge John J. Libhart, and Dr. Herbert H. Beck, Curator of the Franklin and Marshall College Museum.

historic-a species recorded only prior to 1980.

extirpated-a native species no longer occurring in the wild in the Lower Susquehanna River Watershed.

feral-exotic animals that begin reproducing in the wild, but retain dependence upon humans for survival of their population.

introduced-a non-native species that, following its release into the wild, has established a self-sustaining breeding population—often at the expense of one or more native species.

Federally Endangered-a native species listed by the United States government as imminently in danger of extinction.

PA Endangered-a native species listed by the Commonwealth of Pennsylvania as imminently in danger of extinction or of extirpation as a breeding species in the state.

MD Endangered-a native species listed by the State of Maryland as imminently in danger of extinction or of extirpation as a breeding species in the state.

Federally Threatened-a native species listed by the United States government as under threat to become an endangered species in the foreseeable future.

PA Threatened-a native species listed by the Commonwealth of Pennsylvania as under threat to become an endangered species in the state in the foreseeable future.

MD Threatened-a native species listed by the State of Maryland as under threat to become an endangered species in the state in the foreseeable future.

† — Denotes a breeding bird—a species that, during the period covered by this list, has nested in the checklist area or used the area as supporting habitat while nesting nearby.

THE BIRDS OF CONEWAGO FALLS

The Susquehanna River and its floodplain in the Gettysburg Basin

The lobe-finned fishes and tetrapods.  All members of the clade Sarcopterygii presently occurring in the Susquehanna watershed (amphibians, reptiles, birds, and mammals including humans) are tetrapod descendants of extinct lobe-finned fishes.

The animals descended from fishes beginning in the Late Devonian epoch (about 370 million years ago), most having four limbs—the amphibians, the reptiles (including snakes, pterosaurs, dinosaurs, and birds), and the mammals.

The group of living and extinct tetrapods having more similarity to the amniotes (reptiles, pterosaurs, dinosaurs, birds, and mammals) than to modern amphibians (Lissamphibia).

The group of tetrapods, living and extinct, that deposit their eggs on land (not in water) or retain them within the body—the reptiles (including pterosaurs, dinosaurs, and birds) and the mammals.

The group of all living and extinct reptiles—the traditional taxonomic class Reptilia (including birds and the extinct Parareptilia).

The group of living and extinct sauropsid amniotes with two openings—temporal fenestra—behind each eye orbit.

The group of living and extinct diapsid sauropsids that is comprised of phytosaurs, crocodilians, pterosaurs, dinosaurs, and birds—all descended from a shared Early Triassic ancestor.

The group of archosaurs most resembling birds (includes pterosaurs and dinosaurs).

The group of archosaurs more closely related to dinosaurs and birds than pterosaurs.

The living and extinct dinosaurs and birds.

The group of extinct “bird-hipped” dinosaurs (Ornithischia) and the living and extinct “three-toed” dinosaurs and birds (Theropoda).

The “new theropods”—Coelophysis and the more advanced dinosaurs and birds—possibly the only theropod survivors of the Triassic-Jurassic extinction event (201.3 million years ago).

The “bird snouts”—the most recent common ancestor of Allosaurus fragilis and Ceratosaurus nasicornis, and its living and extinct descendants.  The averostrans are the only theropods known to have survived beyond the Early Jurassic epoch (174.1 million years ago).

The group of theropods more closely related to birds than to the Ceratosaurus dinosaurs.

The most recent common ancestor of Allosaurus fragilis, Megalosaurus bucklandii, and Passer domesticus (House Sparrow), and its living and extinct descendants.

The “bird theropods”—the extinct carnosaurs and the living and extinct coelurosaurs, including birds.

The living and extinct dinosaurs and birds with feathers and wings.

The “bird-winged” dinosaurs—the most recent common ancestor of Archaeopteryx lithographica and Passer domesticus (House Sparrow), and its living and extinct descendants.

The “birds with short tails”—the avialans with no greater than ten free vertebrae in the tail.

The avialans with the final series of tail vertebrae fused to create a base for the retrices (tail feathers) of modern birds.

The “bird thoraxes”—the avialans with lengthened coracoids, a keeled sternum for attachment of flight muscles, and a rib cage strengthened for flying.  Most ornithothoracine avialans with teeth in sockets within the jaws and fingers on the wings are included in the extinct clade Enantiornithes, most others, including all modern birds, are members of the clade Euornithes.

The “bird tails”—the most recent common ancestor of Hesperornis, Ichthyornis, and modern birds, and its living and extinct descendants.

The avian reptiles—the modern birds—the only avialan dinosaurs to have survived the cosmic-collision-induced Cretaceous-Paleogene extinction event (66 million years ago), recognized as the end of the Mesozoic Era and the beginning of the current Cenozoic Era.

Neorniths with a lineage descending from an ancestor in common with members of the infraclass/clade Neognathae.  This “split” occurred about 72.9 million years ago, during the Late Cretaceous epoch—preceding the Cretaceous-Paleogene extinction 66 million years ago.  Surviving palaeognaths include the flightless ratites (kiwis, cassowaries, ostriches, rheas, and emus), which have no keel on their sternum for attachment of flight muscles, and the tinamous, which are capable of limited flight.

Neornithes with a lineage descending from an ancestor in common with members of the infraclass/clade Palaeognathae.  This “split” occurred about 72.9 million years ago, during the Late Cretaceous epoch—preceding the Cretaceous-Paleogene extinction 66 million years ago.  Neognathae includes all non-palaeognath birds sharing this common ancestor.

Neognaths with a lineage descending from an ancestor in common with members of the clade Neoaves.  The “split” in the neognaths occurred about 71.9 million years ago.  Galloanserae includes the waterfowl (Anseriformes) and landfowl (Galliformes).  Galloanserae birds are dinosaur-brained—literally.  Many species are susceptible to taming and domestication (geese, swans, ducks, chickens, turkeys, etc.).  Because their behavior can easily be altered, often creating habitat-destroying concentrations of birds, they should not be offered food handouts.  Likewise, domestic varieties should not be released into the wild from captivity.

Neognaths with a lineage descending from an ancestor in common with members of the superorder/clade Galloanserae (waterfowl and landfowl).  The “split” in the neognaths occurred about 71.9 million years ago.  Neoaves includes the more than 9,000 surviving bird species that are not palaeognaths or galloanserans. 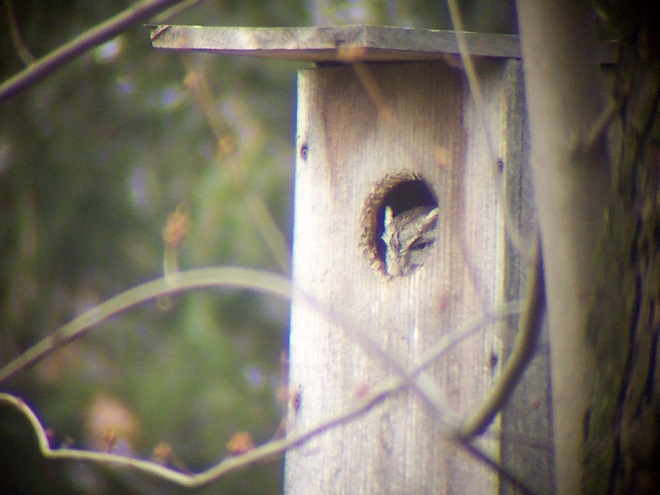 Ezcura, Martin D., and Gilles Cuny.  2007.  “The Coelophysoid Lophostropheus airelensis, gen. nov.: A Review of the Systematics of “Liliensternus” airelensis from the Triassic-Jurassic Outcrops of Normandy (France).   Journal of Vertebrate Paleontology.  27:1.  pp.73-86.